European Border and Coast Guard Agency (FRONTEX) reports that, compared to the same period last year, this July the number of attempts to irregularly cross the external European Union border increased by a third.

From January to July, 2021, most irregular attempts (in total – 30 784) were registered on the Central Mediterranean route, where, if compared to the same period last year, the extent of irregular migration has grown by 96 percent. Mostly, attempts to irregularly cross the EU border in this region were registered among nationals and Tunisia, Bangladesh, and Egypt.

FRONTEX also reports that during the first seven months of the year, there was a significant increase of irregular crossings at the Lithuanian-Belarus border (from 22 in January, 15 in February, to 3700 irregular attempts registered at the end of July). Mostly, attempts to irregularly cross the EU border in this region were detected among nationals of Iraq, Congo, and Cameroon. 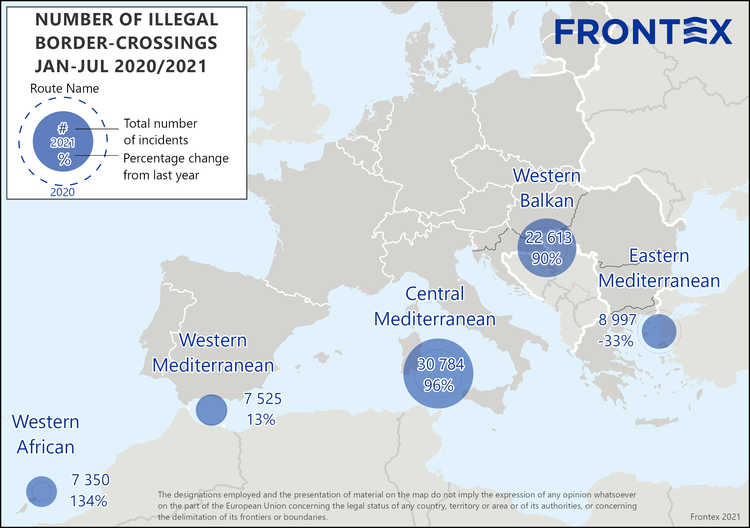