Home European Union FRONTEX: this November, the highest number of attempts to irregularly cross the...

European Border and Coast Guard Agency (FRONTEX) reports that while, compared to the same period last year, this November the number of attempts to irregularly cross the external European Union border increased insignificantly, it is the highest number of such activities registered during the month of November since 2015.

From January to November, 2021, most irregular attempts (in total – 64 394) were registered on the Central Mediterranean route, where, if compared to the same period last year, the extent of irregular migration has grown by 89 percent. Mostly, attempts to irregularly cross the EU border in this region were registered among nationals of Tunisia, Egypt, and Bangladesh. 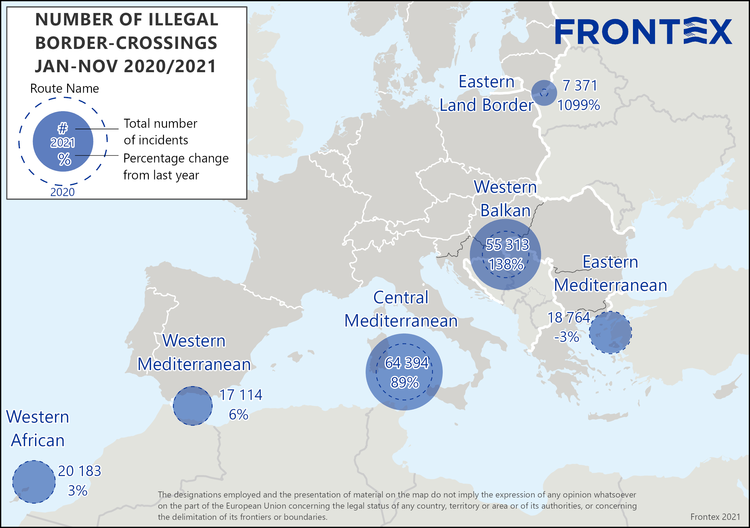